Photo by Mikel Parera on Unsplash

Most of us who live in London know the truth already: London is the best city on the planet. For those still to be convinced, here are a few of the great things about London. 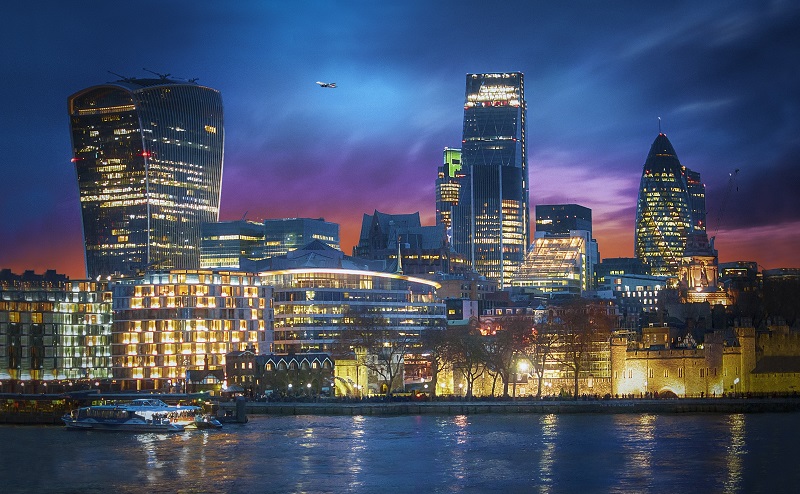 Photo by Viktor Forgacs on Unsplash

London is without any question the epicentre of business in the UK. And business mean jobs. Lots and lots of jobs.

There are jobs for every age, every level of experience and every level of training. If you are a graduate and thinking of moving to here, check our our guide to places to live in London in your 20s.

You can come here and work in a supermarket on minimum wage at one end of the scale. At the other end, you can come and work at an investment bank, and earn serious money.

London is known internationally as a financial centre and there are loads of jobs in finance, accounting and law. But the size, wealth, political important and culture of London means that there are myriad other jobs out there in every sector.

London pay packets have long been fatter than in the rest of the country - a recent study showed Londoners were paid up to a quarter more than the national average.

This happens for a number of reasons. Partly it is that there are some very well-paid sectors in London, especially finance and law, which tend to skew the averages. But even when you look at specific roles, Londoners tend to be paid more. Take teachers for example. The table below shows that inner London teachers get paid up to 25% more than non-London teachers.

You'll need to polish up your CV (short for curriculum vitae, the UK equivalent of resume), get yourself to London, and get one of those lovely jobs! 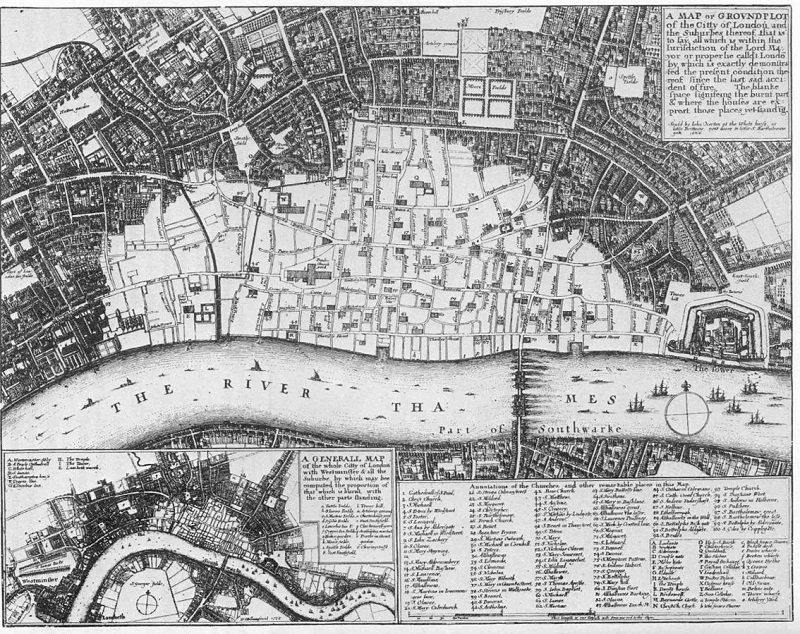 London is seriously old. The Romans occupied Britain starting in AD 43 and the first mention of London was by the historian Tacitus who described the sacking of London by Boudicca and the Icenians in AD 60-61. But London must have existed before the Romans arrived, as Tacitus describes it as a 'the chief residence of merchants, and the great mart (market) of trade and commerce'. Such a thrive commercial centre would not have sprung into existence in the 17 years since the Roman occupation.

There are many good histories of London, for example the Britannica has an accessible and yet detailed write up. The Museum of London is fantastic, free to visit and covers London from pre-history to the present day.

Some key historical events in London are:

You will never run out of things to do in London

Apart from maybe winter sports, whatever you want to do, you'll find it in London.

Want to play American football? Get in touch with London Blitz.

You want a pleasant walk in the park? There are literally hundreds to choose from. From the biggest London parks to the smallest, you will find patches of green to suit every taste.

If experimental theatre is your thing, you are in for a treat - check out these options .

The point is that London is one of the greatest cities in the world and despite Brexit, will remain so indefinitely. There are so many things to see and do, that it is impossible to get bored. The saying is over-used, but Samuel Johnson summed it up perfectly: 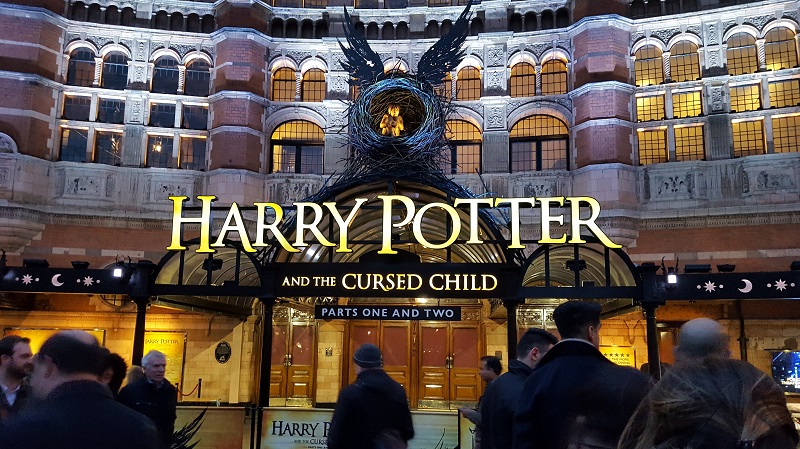 Photo by Elizabeth Jamieson on Unsplash

Culture covers such a wide area, spanning, art, theatre, music, history to name a few. But London is big enough to include everything.

West End Theatre runs from the big beasts of Hamilton and Les Mis, to the absurdly long-running The Mousetrap, to the specifically British humour of the Play that Goes Wrong, to the risqué Magic Mike. Check out the London Theatre website for all the details.

There are also the art galleries, the Tate Britain (by Pimlico) and the Tate Modern, which is worth a visit just to the see the Turbine Hall on its own. The National Gallery in Trafalgar Square is also brilliant if you want to see something of the soul of the nation. 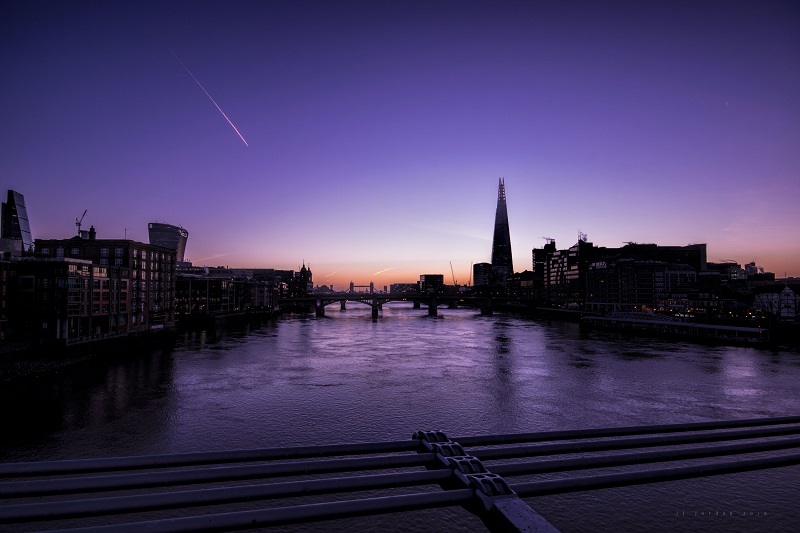 Photo by JJ Jordan on Unsplash

The backbone of London, the reason for its very existence, is the mighty Thames, which snakes its way through the city.

How is the Thames a benefit though?

One thing London is blessed with is lots of beautiful public parks. This is due largely to the emphasis the Victorians placed on moral and physical improvement of the poor. There were also the Royal Parks such as Regent's Park, Hyde Park and St James's Park. These were generally private hunting grounds of monarchs, that were eventually given over to public usage. Read more about Hyde Park here.

Many of London's parks welcome cyclists and provide a safe, convenient place to get some exercise outside. If this appeals, read our guides to cycling in Hyde Park and Battersea Park. 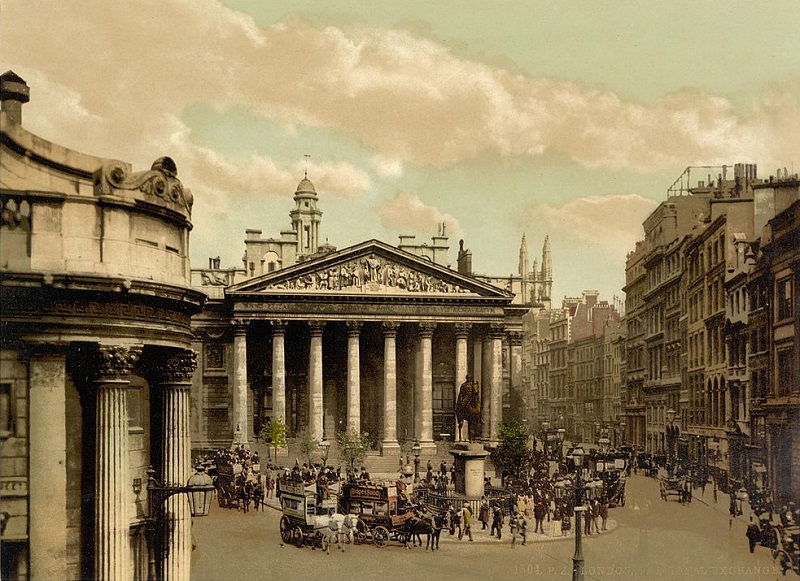 Architecture in the capital is a glorious mixture of classical and modern. There is the financial district, known as the Square Mile, which has created skyscraper masterpieces like the Shard, the Gherkin and the Walkie-Talkie. But these glass and steel structures nestle up to the likes of Wren's epic St Paul's Cathedral and the Royal Exchange at Bank. Across the river from Parliament on the Southbank is the symbol of post-war reconstruction in the form of the Royal Festival Hall. A little further north, Brutalism reached its apogee in the form of the Barbican, a village lifted off the ground containing residential housing, schools, a library and a world class arts centre, all encased in distinctive concrete.

How the Barbican came to be built

The Barbican, voted London's Ugliest Building in 2003 was finally opened in 1982. It was built on an area of London that had been heavily bombed in the air raids in the capital in the Second World War.

The ethos behind the building was to create a modern village, containing everything the residents would need, all connected by numerous walkways. The resulting building is an absolute maze, incredibly easy to get lost in and a curious mixture of private and public areas.

The most distinctive feature of the development is the rough concrete texture. But this came about as an economy measure, when the City Corporation turned down the marble and mosaic proposals of the architects. In any event, the pick-hammering of the concrete created an iconic, coherent and instantly recognisable look, much valued by the residents. 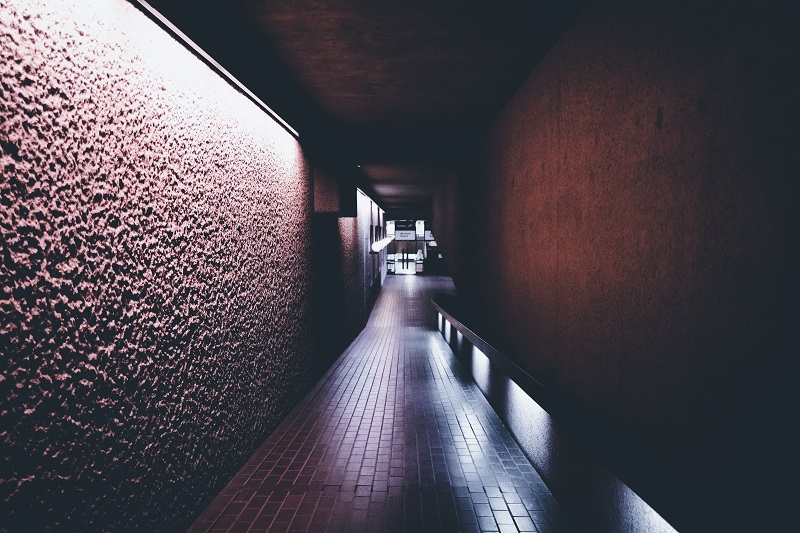 Photo by Stuart Frisby on Unsplash

London has an amazing range of types of housing, from the ancient to the very modern, high-rise to underground living.

An awful lot of London housing is in the form of Georgian and Victorian terraces, especially in the south and west of the city. Think of rows of beautiful white stucco-fronted houses in Chelsea and Kensington. These typically have luxuriously high ceilings, period features and expensive-to-maintain sash windows.

In the east of London are all the former dockland areas, full of warehouses that have been repurposed into stunning open-plan apartments complete with industrial features to die for. You can tell where this east London dweller's heart lies!

A lot of London housing is expensive, there is no denying it. But if you have a plan, and are prepared to do what it takes (this means starting out in less than desirable areas for most people), it is possible to buy property in London, even if you don't earn a mega-salary. 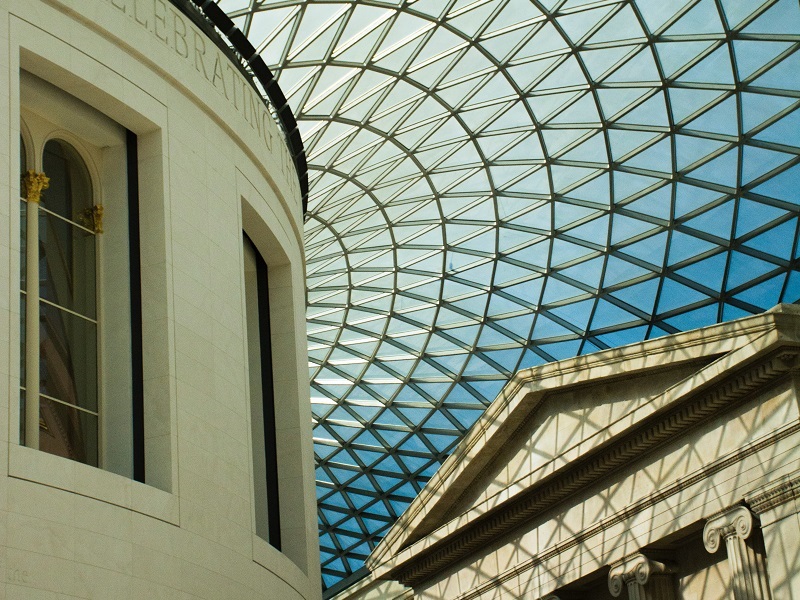 Photo by Sharissa Johnson on Unsplash

The roof of the British Museum

The museums are legendary and, for the most part, free, although sometimes there are specific exhibitions that you have to pay for. The British Museum is the grandaddy of them all. Opened in 1759, it is stuffed with items from around the world, many collected during Britain's imperial past. Then there are the South Kensington trio, the Natural History, Science and Victoria and Albert (which covers art and design). If you have kids, check our listing of family friendly museums. 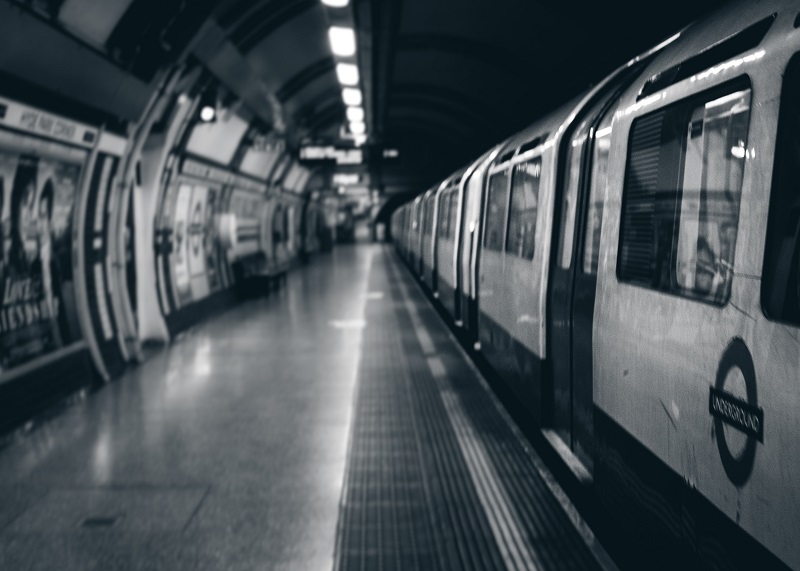 Photo by Jamie Street on Unsplash

Public transport in London is a marvellous thing. The underground is the oldest in the world, dating back to 1863. It allows rapid travel across the city at the busiest of times.

On the streets above you'll plenty of buses covering an even wider area, and if you don't want to wait for a bus, taxis are plentiful.

For many Londoners, the extensive transport network means that it is not necessary to own a car - a sacrilegious thought in many parts of the world.

If you need to go further afield, there are 12 train stations spread across the central area of the city, each serving a different part of the country.

London also benefits from 4 airports, Heathrow, Gatwick, City (a small but incredibly convenient airport in the east of the city) and Stanstead. As with most large cities, the airports (apart from City), are some distance from the centre, but in recent years, transport links have improvement so much that getting to any of them is a doddle. The major links are: 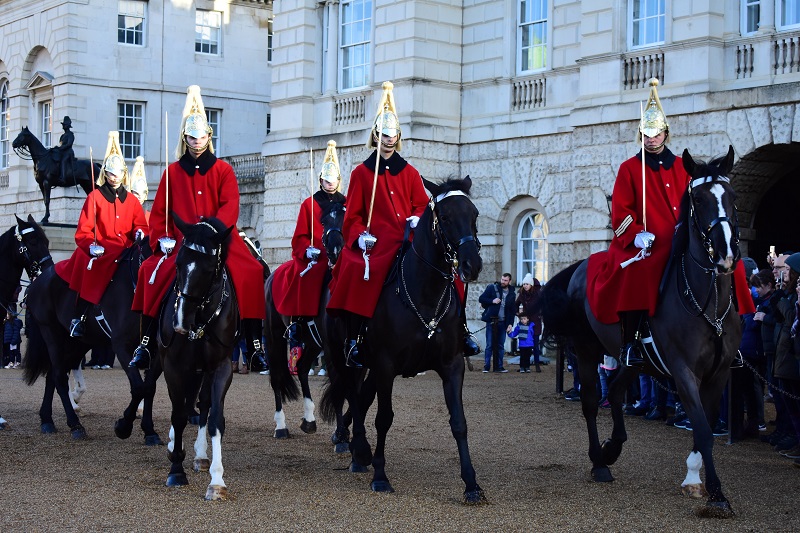 Photo by Luke Ow on Unsplash

London's most famous family casts a long shadow over the city. And with The Crown's semi-fictional account of the inner workings of Buckingham palace now in its 4th season, interest in the royal family has seldom been higher.

The long-running saga of Harry and Meghan continues provide drama, with law suits against intrusive press adding some adversarial spice. It looks like stepping away from Royal duties didn't mean peace for Harry after all.

Prince William continues to show a different, dutiful, family-man style as he is seen out and about with his young family. Seems like Will is turning out like his granny the Queen, with a resolute avoidance of conflict, contentious issues and charisma.

London is the seat of government 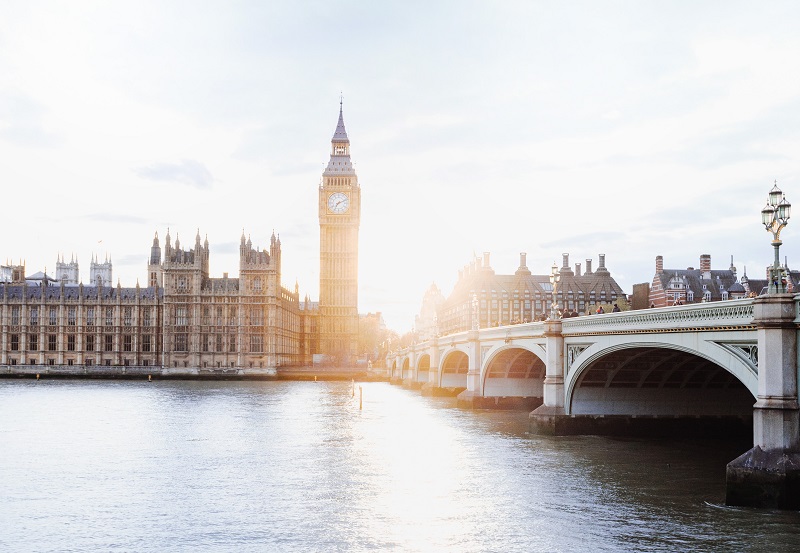 Photo by Hugo Sousa on Unsplash

London remains the political hub of the UK, regardless of the devolution of power to Scotland and Wales. The UK's parliament, which came into existence in 1215, over 800 years ago, is in Westminster, and our Prime Minister lives a stone's throw away in Downing Street. All of the great offices of state are scattered around in the nearby buildings.

What this means is that anyone who wants or needs to be close to power, is in London. This includes journalists, lobbyists, businesses, charities and foundations. London is a kind of black hole. The city is full of power and wealth, dynamism and interest. And this just attracts more power and more wealth and yet more interest. London seems to spin ever faster and faster growing more and more powerful each decade. London is not a country, but sometimes it might as well be.