Best Places to Live in London in Your 20s

Photo by Helena Lopes on Unsplash

So you are moving to London? The thing is, London is a very big place. The capital is made up from hundreds of separate areas, each with their own quirks, benefits, disadvantages and price tags.

The area you choose has to work for you, in terms of your pocket, what you like to do and most of all, where you have to commute to. There is no point in moving to that leafy idyll in Kew if you need to get to Canary Wharf by 7.30 every morning.

Before you decide where to live, it makes sense to do plenty of research, speak to as many people as you can and visit as many areas as possible. That is the theory. What most people do (myself included) is fall in love with an area when on a visit, and then make that work somehow.

Some of the things you might want to think about are:

Some of the areas you might want to consider are listed below. Average rental prices are from the London Rents Map 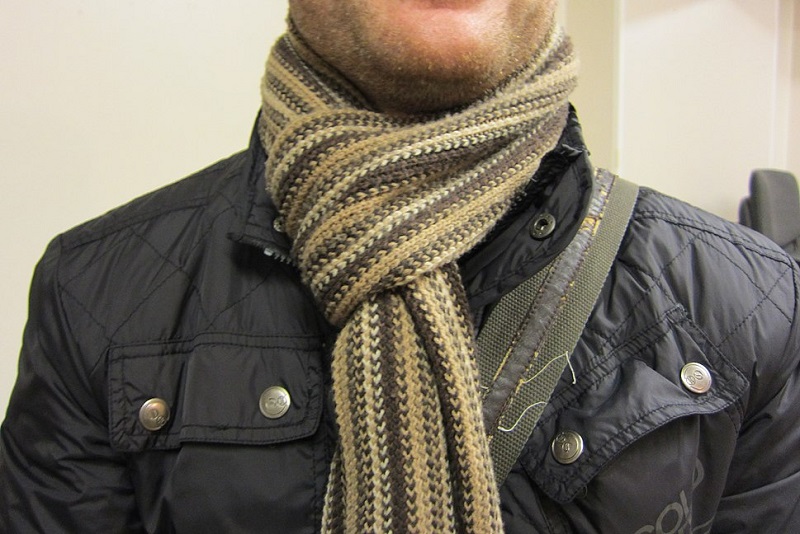 The Hoxton knot. Sums up the area perfectly

Hoxton is just north of the financial district, sandwiched between Hackney to the east and Islington to the west. It is perfect if your job is in the city, and means a brisk walk or cycle to get to work everyday. That is priceless IMHO.

Hoxton is hipster central. Skinny jeans and artisan coffee is de rigour. The area around Old Street is known as Silicon Roundabout due to the large number of tech firms and startups in the area. It has been described as Gentrification's ground zero

Hoxton at a glance 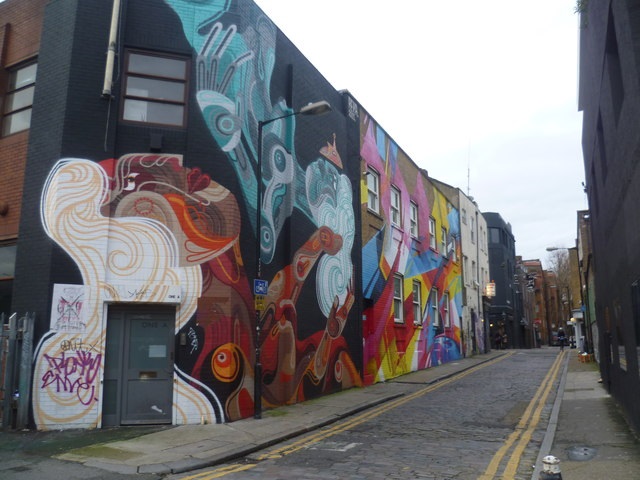 Shoreditch actually includes Hoxton and extends further north. Hoxton is kind of a separate village, and distinctly more expensive, so we are showing it separately.

Shoreditch is also full of hipster beards and mochaccino's, but is less corporate and probably more exciting. Be warned though, Hackney, the broader area, is currently the 7th most dangerous place to live in London.

Shoreditch at a glance 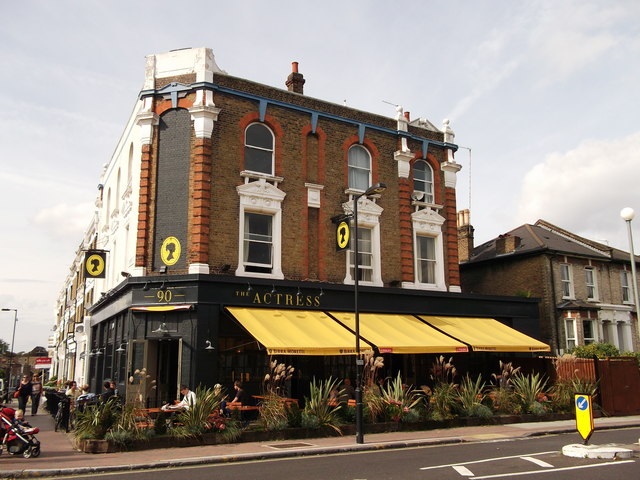 The Actress in East Dulwich

East Dulwich is a gem in South London. It is perfect if you want a village feel. You'll find independent butchers and lifestyle businesses galore. The cat quote below sums up ED.

Being an SE postcode, there are no tubes in the area. There is a direct train to London Bridge and lots of buses. This means two things: it is cheaper to live here than more edgy inner-city areas; and, it is really hard to get back to late at night. If clubbing is your thing, probably look elsewhere.

East Dulwich at a glance 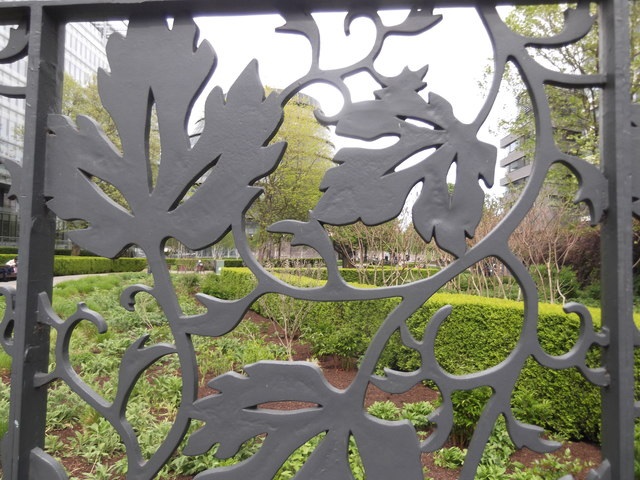 Borough and Bermondsey is the area around London Bridge just south of the river. The neighbourhood has undergone significant development especially More London and Potters Field near to the Mayor's office, with green space, shops and even a theatre, The Bridge.

Like many parts of London, there are super expensive apartments with stunning views in the area rubbing shoulders with areas of real poverty and deprivation. From the point of view of finding a place to live, this means there are loads of options here to suit all budgets. It would be a particularly good place if you work in the City - you can just walk across London Bridge, saving you both travel costs and the stress of commuting.

Bermondsey and Borough at a glance 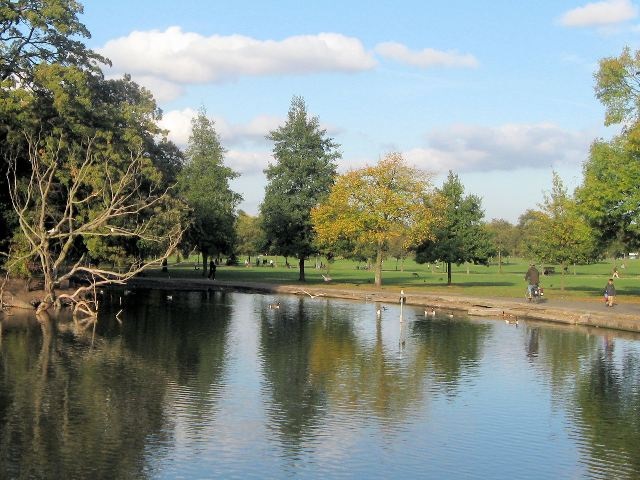 Is this really central London? Clapham Common in Autumn

When they were handing out gentrification, Clapham (the area around the Common at least) was first in the queue. 10 or 20 years ago it was the next area to live if you couldn't afford Fulham/Chelsea. But the people who came then are still here, and are more interested in schools than partying.

Clapham at a glance 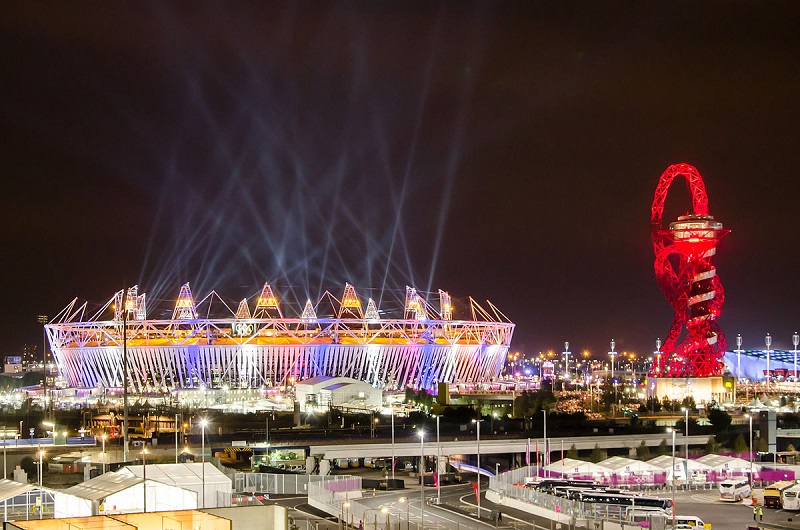 The whole of East London was transformed by the 2012 London Olympics, which were staged in the area. Enormous amounts were spent on transport and infrastructure, and the area continues to benefit as the Olympic sites are developed into housing and amenities.

So the area is now a viable place to live, with the Jubilee line to London Bridge taking around 30 mins. At the same time, living costs are still relatively low.

Stratford at a glance

What are the Safest Places to Live in London?