Guide to Cycling in Dulwich Park

If you are visiting London, and you want to see the capital in a different way, then head down to Dulwich Village. This perfect enclave in south London is full of grand houses, odd cafes, a world-famous school, and of course, Dulwich Park, which is perfect for a gentle cycle with friends or family.

Read on for a detailed guide to bicycling in this beautiful park.

1. Getting to Dulwich Park 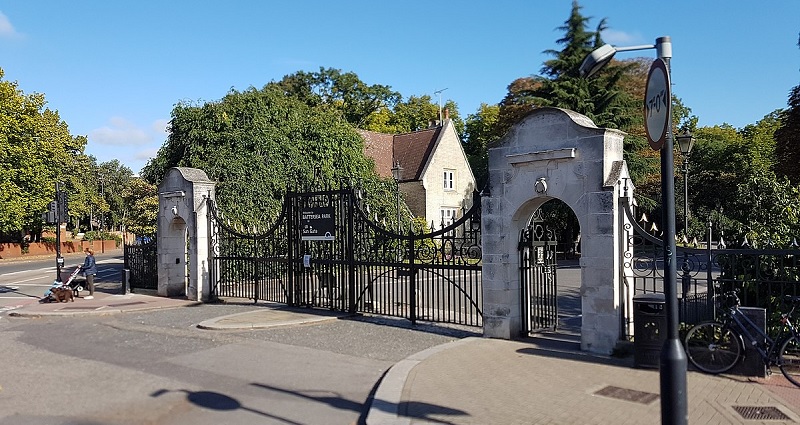 You can get to Dulwich Park in lots of ways. The TFL website is always a good place to start planning travel in London.

The main entrance to Dulwich Park is called Old College Gate and it is opposite to Dulwich Picture Library on College Road.

2. Can I cycle in Dulwich Park?

Cycling is encouraged in Dulwich Park!

Cycling is definitely allowed in Dulwich Park. The park can get busy at the weekends and when it is sunny. It makes sense to be careful about other users of the park, especially children and dogs, who might be prone to running onto the roads unpredictably. 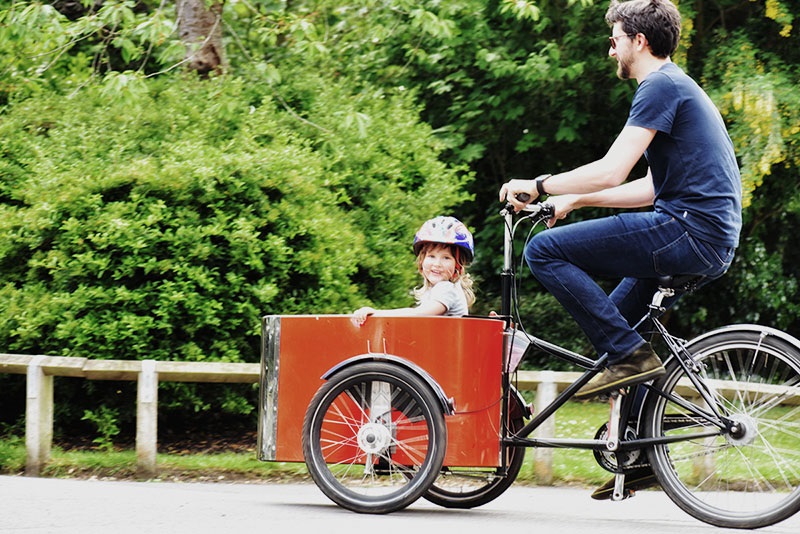 If you don't have your own bike (or even if you do, but live a distance away), there are a number of options to hire bikes in Dulwich Park.

London Recumbents hires bikes of all sorts; bikes for kids, bikes with boxes on the front to put your kids in, tandems (which is a bike for 2 people) and tricycles. They also hire recumbents, which are sitdown bikes, for both adults and kids. They can be found near the College Road entrance.

The cost is £12 per hour for most bikes, except for the tandems and the box-bikes, which are £24 per hour.

Boris Bikes, so-called because they were introduced when Boris Johnson was Mayor of London, can be hired almost everywhere in central London. The nearest docking stations to Dulwich Park are in Brixton, which is a 15 minute cycle away. Find the nearest using the Transport for London finder.

Boris Bikes are quite large and heavy - they are definitely not suitable for children.

There are now a slew of other bikes that you can hire online/with an app. Unlike the Boris Bikes, they don't have docking stations that you have to return them to. You use an app to find the nearest bike and to unlock it. When you are finished you can leave the bike where you want, within reason.

You can find details of these alternatives below:

There is a circular route around the park. It is just under 2km, so easy to do in an afternoon even if you have children on bikes. Just follow the largest road, you can't go wrong.

However, with an area like Dulwich Park, a route is not vital. You can cycle along until you see something that catches your eye, some ducks, an interesting tree or a purveyor of coffee and muffins. Then you stop for a while, and move on when you are ready. There are lots of paths you can take and so many things to stop and look at.

5. Things to do and see in Dulwich Park 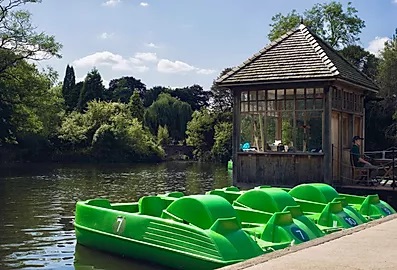 If you need a break from cycling, there are plenty of other great things to do in Dulwich Park.

Dulwich Park has a cafe right in the centre called the Clock Cafe. The cafe is pretty extensive with lots of seating inside and out, and toilets/baby change etc, so there is room for a large party, unless it's raining, when it will be packed. As well as coffee/cakes, the cafe serves light lunches, and even sourdough pizza, if you work up an appetite on the bike.

Public toilets can be found in the middle of the park. 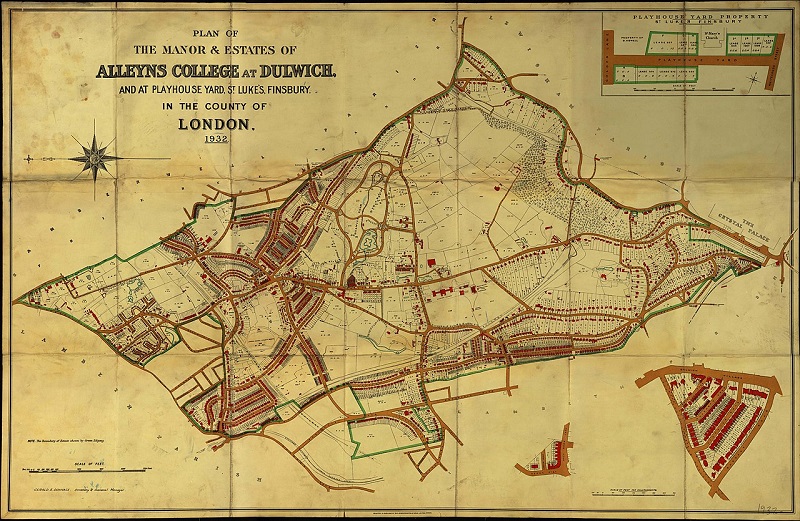 It all started with a friend of William Shakespeare called Edward Alleyn, who in 1606 purchased extensive lands in Dulwich. He set up a school for the education of 12 poor children and called it Dulwich College.

We then jump forward to 1883, and the governors of the now much larger Dulwich College are becoming concerned about the encroachment of London on the bucolic countryside around the school. They decided to give a large area of land to the public authorities on the condition that the land was to be maintain in perpetuity for the use of the public.

Dulwich Park was completed and opened to the public in 1890. Queen Mary (who was the grandmother of Queen Elizabeth II) was a frequent visitor.

There are a number of ancient oaks in the park that may be up to 500 years old in some cases. The largest is right next to the boat hire pontoon. These are thought have been boundary trees, dating back to the time when farming was done in individual smallholdings. See this excellent post from Daniel James Greenwood for more details about these wonderful pieces of living history.