The Great Fire of London - a Self Guided Walk

The walk should take 1 or 2 hours to complete. There are lots of places to stop and refuel on the way if you need, or to rest tired legs.

Where to start your Great Fire of London Walk

The best place to start is Tower Hill Underground Station. From there make your way South towards the Tower of London, and start the route by walking along the path beside the castle. 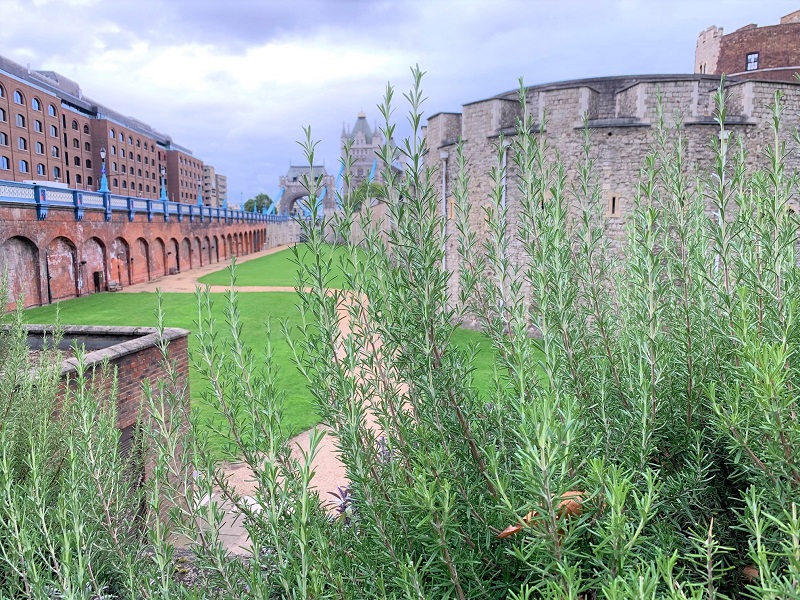 The east side of the Tower of London, with Tower Bridge in the background

Samuel Pepys and the Great Fire of London

All Hallows' is the 'oldest church in London' and was founded in 675AD.

This beautiful old church is now right next to a dual carriageway and surrounded by modern buildings. But what scenes must this ancient place of worship have witnessed over the 1300 years it has stood here?

Fairly recently, a mere 350 or so years ago, the church was witness to some of the most dramatic scenes the city had ever seen, when the Great Fire of London raged for 4 days. In fact, the Church was almost a victim of the fire, and would have been if the nearby buildings hadn't been pulled down to create fire breaks.

The great 17th century diarist Samuel Pepys, who lived in the nearby Seething Lane, is believed to have climbed into the spire of the church to view the fire. His diary entry for Sunday 2nd September 1666 says, 'So I made myself ready presently, and walked to the Tower, and there got up upon one of the high places, . . . and there I did see the houses at that end of the bridge all on fire, and an infinite great fire on this.' 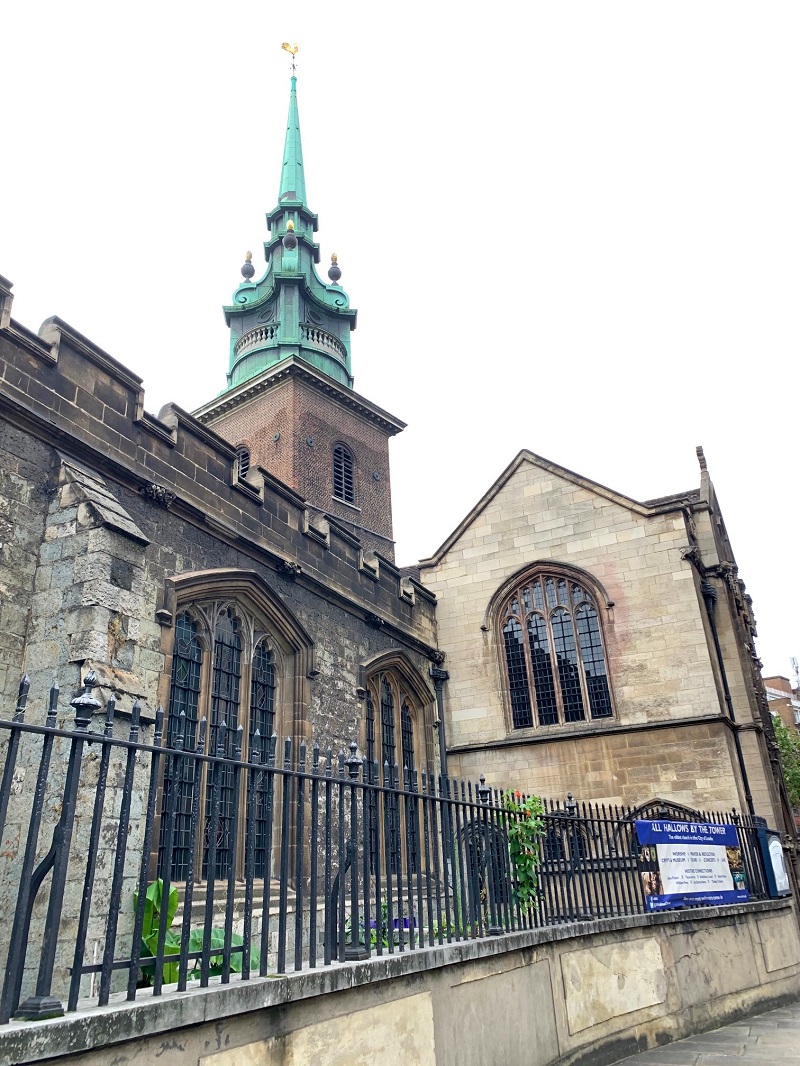 Pepys' diary provides amazing first-hand descriptions of the fire. He was in the thick of the action too, reporting directly to King Charles II how bad things looked at one point.

Next cross the dual-carriage way and make your way onto Great Tower Street. You will struggle not to see the gruesomely named 'Hung Drawn and Quartered' pub. The area to the north of the Tower is Tower Hill, and it was the site of many executions, the last being in 1747. The pub is named after one of the methods of dispatching the unfortunate offenders. The plaque on the wall quotes Pepys, 'I went to see Major General Harrison hung drawn and quartered. He was looking as cheerful as any man could in that condition.' 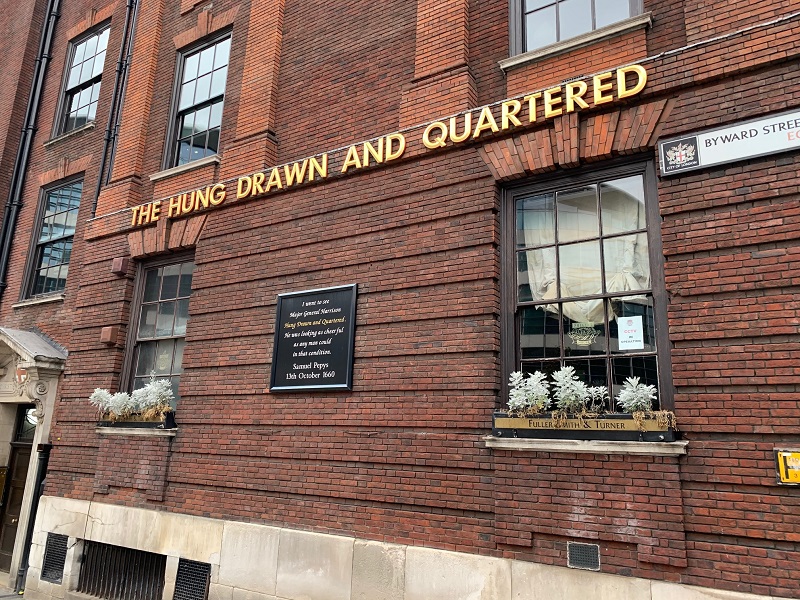 Pepys comedic portrayal of an execution

How Many People Died in the Great Fire of London?

The official death toll for the fire was only 6 people. However, the fire burned for so long, and with such intensity, that if someone had died in the fire, their body must have been totally destroyed. According to The Great Fire of London: In That Apocalyptic Year, 1666 by Neil Hanson, the death total is likely to have been much greater, certainly hundreds, if not thousands of people.

Walk along Great Tower Street then take the first left down St Dunstan's Hill. You'll quickly come to the ruins of St Dunstan's in the East, which is now a green oasis in the city.

The church had the misfortune to be destroyed twice. The first time was by the Great Fire. The start of the fire was only a little way to the west of the church, so it really didn't stand much chance of survival. Looking at the positives, after the fire, it was rebuilt by the great Sir Christopher Wren, who was responsible for the recreation of many buildings, the most famous of which is St Paul's Cathedral.

The second time was in 1941, when it was bombed in the Second World War. After this, it was turned into an utterly beautiful garden for the use of the people of the city.

The beautiful garden in the ruins of St Dunstan's Church

Pudding Lane and the Monument

Go back up the hill and turn left to continue along East Cheap. After a hundred metres or so, turn left into Botolph Lane. You are now very close to the start of the fire!

After 50m turn right into a little path called St George's Lane. At the end, turn left and you have arrived!! 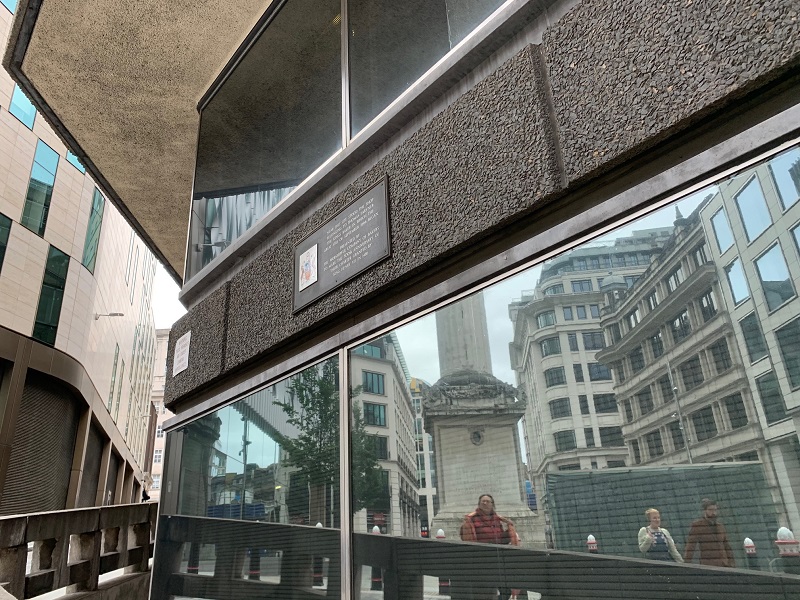 Disappointing isn't it? City planning in the sixties in London wasn't that bothered about history it seems. The only sign of this most historic event is the little plaque on the wall, which says, Near this site stood the shop belonging to Thomas Faryner, the King's Baker, in which the Great Fire of September 1666 began.

In the reflection you can see a much more impressive sight - the Monument. 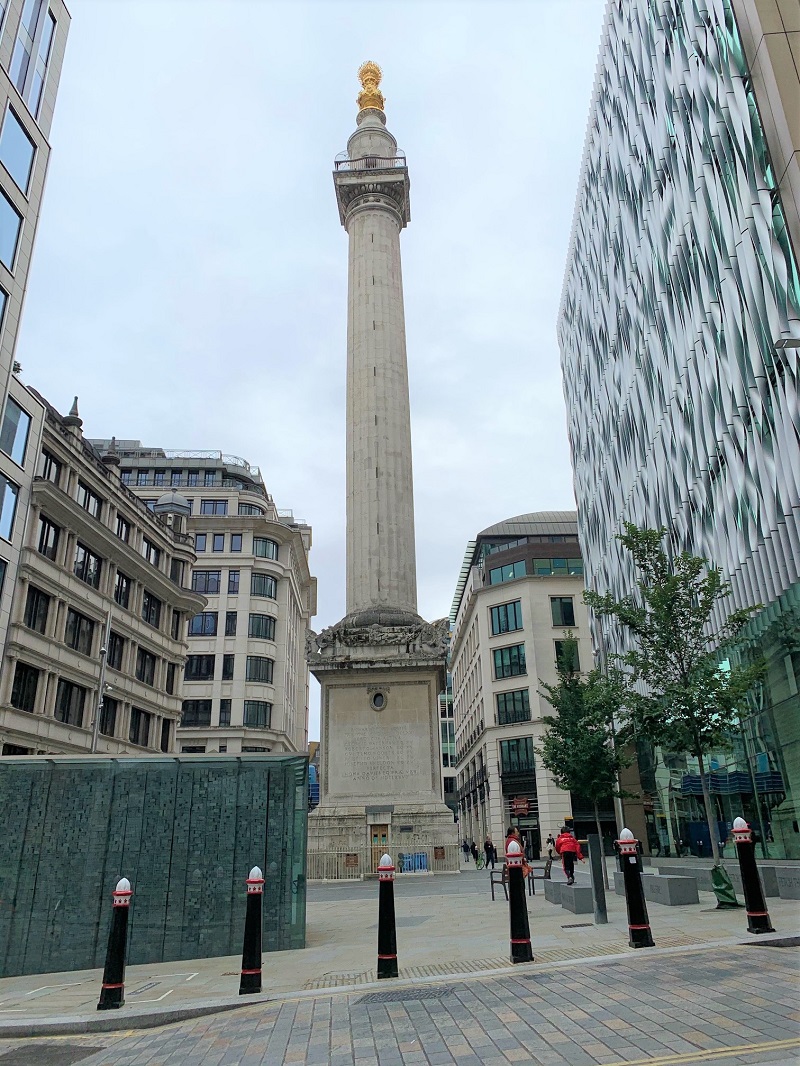 The Monument is a bit more impressive

The Monument was completed in 1677 to commemorate the fire, and as a celebration of the rebuilding of the city.

Originally it was going to be used for scientific experiments, but vibrations from traffic (even in the 1700's) was too much for the delicate investigations, and it became a place of historic interest, from which Londoners could get a great view over their city.

You can still climb the 311 steps of the spiral staircase that wind round the hollow column to get your own great view over the Thames to the south.

Why was the Great Fire of London so devastating?

Fires were fairly common in London at the time, but they didn't generally last for 4 days and result in the loss of thousands of buildings.

The factors behind the spread of the Great Fire were:

The fire travelled West, and you can follow its path from the Monument along Cannon Street. Fairly soon, you'll start to catch glimpses of the fire's most famous victim of all - St Paul's Cathedral.

In the 1600's St Paul's Cathedral was one of the few buildings in the city that was built of stone, but it was in poor condition. In the period from 1621 to 1666, it was undergoing long-running renovations under the direction of the architect Inigo Jones.

St Paul's Cathedral as it was before the Great Fire

At the time of the fire, the Cathedral not only had a wooden roof, it was also covered in wooden scaffolding. Initially, the people of the city took refuge in the Cathedral with their personal belongings, believing that the stone construction would prevent it being damaged by the fire.

Alas, they were sadly mistaken. A contemporary diarist, John Evelyn, wrote, 'September 3rd I went and saw the whole south part of the City burning from Cheapeside to the Thames, and ... was now taking hold of St. Paule's Church, to which the scaffolds contributed exceedingly.'

On the 7th Sepmber, just after the fire, he wrote, 'I was infinitely concern'd to find that goodly Church St. Paules now a sad ruine . . .'.

We hope you've enjoyed this Great Fire of London Walk, with some extra history thrown in. If you want to know more about the Great Fire, head up to the Museum of London, which has a permanent display of artifacts from the time.