Beachcombing on the Thames

Photo by JJ Jordan on Unsplash

Beachcombing or mudlarking on the Thames is a secret pleasure of London for those who have the time and knowledge to seek it out. Every time the tide goes out, the Thames reveals a new glimpse of history as it uncovers small treasures from the past. These can include pipes for tobacco from Georgian times, pottery hair curlers, semi-fossilised bones, up to treasures that must be reported to the Museum of London to be displayed with the wider world. 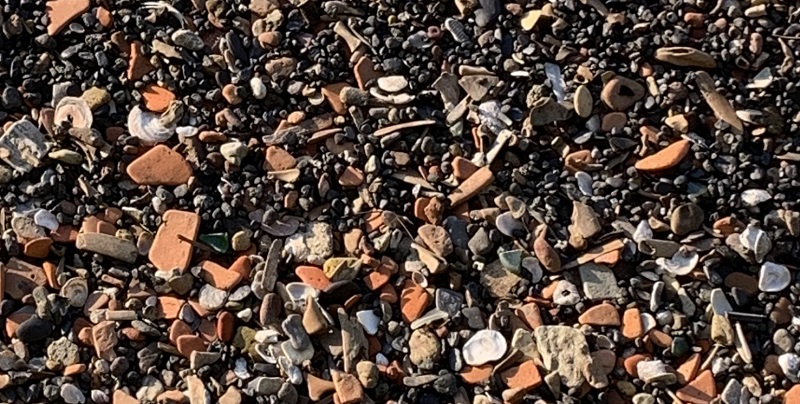 Rich pickings on this section of beach - you can see oyster shells, pottery fragments, bones and possibly pipes!

Beachcombing is an endless joy to children, combining water, mud, digging and finding things. There a few things better than a walk along the Thames after lunch to a small secluded, usually stony beach and an hour digging for treasure. Baths are obligatory afterwards!

What can you find beachcombing on the Thames? 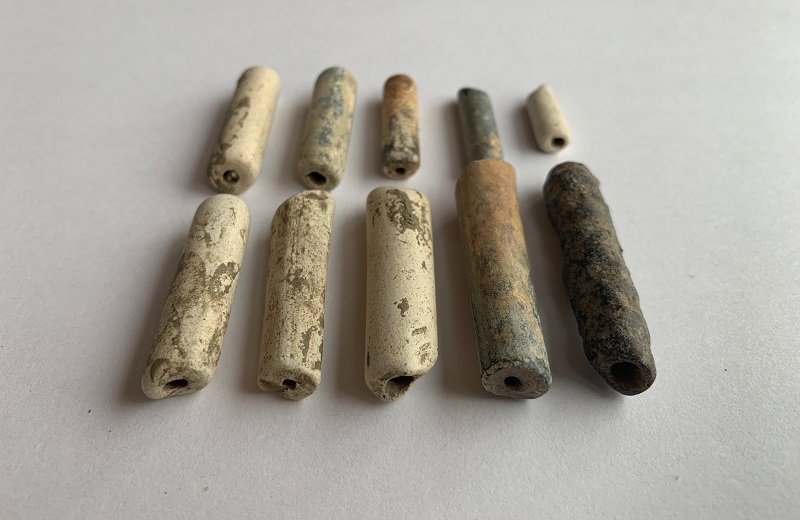 Tobacco pipes, and lots of them, mostly broken. For three centuries, pipes were sold pre-filled with tobacco, so once they were finished, the pipe would be chucked overboard. This explains why there are so many. One also assumes that pipemakers working by the Thames would discard any rejects into the river. Usually just an inch or two of the stem is found, but diligence and luck can still turn up an undamaged bowl. The thicker stems are the oldest and they become thinner and finer as the pipemaker skills and technology developed. 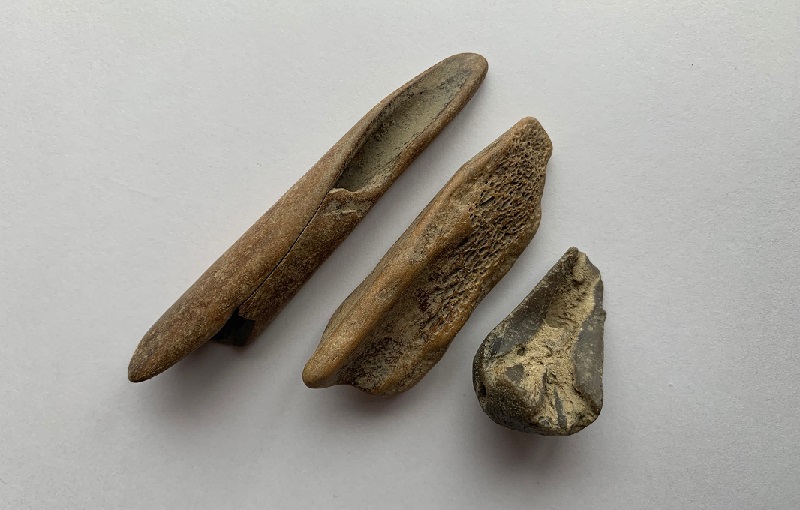 You can also find animal bones, of many different types. Over the centuries, the river has been the dumping ground for the remains of animals butchered near or on the river and the bones still litter the shore. Often you can see the marks of the butcher's cleaver and the remnants of bone marrow.

Another common find is pottery shards, which can be incredibly old, dating as far back as the Roman occupation. It is very common to find identifiable pieces from the 16th to the 18th century including Bartmann or Bellarmine bottle/jugs, English slipware and blue and white Delftware.

There are many places that you can get down to the river. Often this will be via stairs of various ages and various levels of disrepair. Do take great care in accessing the river - just because the stairs are there and nobody has locked them doesn't mean they are safe! This is especially true if you are taking children down.

One of the easiest to get to is the beach just below Tower Bridge on the south side of the river. Access to the beach is via in alleyway with some steps just opposite the Starbucks in Shad Thames. 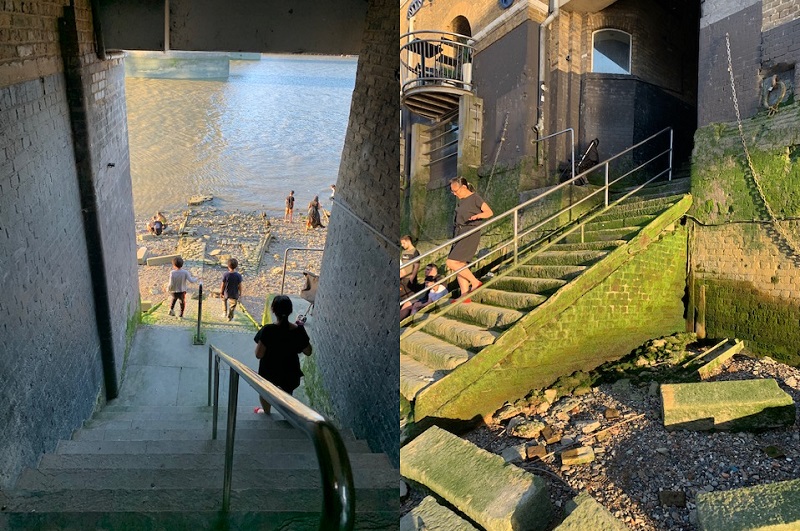 The map below gives a few suggestions, where Team Packing have had successful trips in the past.

Amazingly, you actually need a license for a walk along the beach, if you are also going to indulge in a little light mudlarking. These can be obtained from the Port of London Authority (PLA) by using this link. Oddly enough, on the numerous occasions I have been mudlarking, I have never been asked for mine.

New Flash - the Thames is tidal, the water level rises and falls twice a day, and can vary by as much as 7 metres (23 feet). This is essential information for mudlarking as generally the beaches of interest are underwater at high tide. The timing of the tides varies throughout the month according to the position of the moon. Fortunately, a knowledge of celestial mechanics is not required to work out the tides, they are published on a number of websites, for example the BBC. It is sensible to do your beachcombing in a window within 2 hours of low tide.

When the tide starts to come in, it can move very rapidly. Make sure that you are at home, eating crumpets, drinking tea and inspecting your treasures long before this happens, especially if you are on the beach with children.

What to wear and bring for beachcombing

You will be outdoors, there will be rocks, sand and probably mud. There might be rain and wind or even strong sun. There will certainly be water. The list below should cover most eventualities.

Clothes Equipment For the kids