What is the Biggest Bridge in London?

Biggest bridge in London? There is only one winner regardless of whether you are looking at length, height or span. But it is probably a bridge you haven't even heard of. Read on to find out more.

The longest bridge in London

The longest bridge in London, is one that you probably haven't heard of.

The funny thing is that this bridge doesn't just win by a short head. It literally wins by a mile.

The bridge is the Queen Elizabeth II Bridge, crossing the Thames as part of the Dartford crossing, to the east of the city.

In case you think that this is a dour industrial bridge, noticed only by train drivers and seagulls, take a look at the picture at the top! In fact, the QE II (the bridge) is a real beauty. If you want to see it close up, take the M25 southbound across the river.

Before you do take a trip out to see the bridge, there are a couple of things to know:

The bridge was completed in 1991 and extends 2,872m in total. The central span alone is 450m. Each of the towers supporting the central span are 137m tall. Each is designed to withstand a bridge strike from a ship of up to 65,000 tonnes travelling at 11.5 mph. It's good to know. 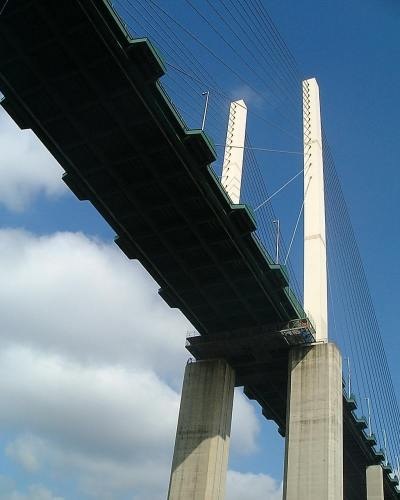 Another view of the Queen Elizabeth II Bridge from below

The tallest bridge in London

The longest bridge is also the tallest bridge. The QEII Bridge takes the prize again at 137m. 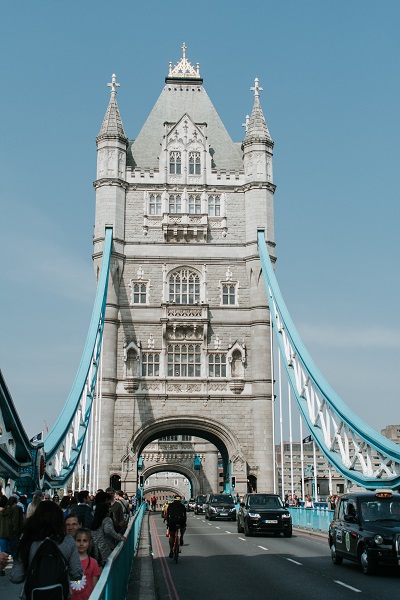 Photo by Lukas Souza on Unsplash

If we limit ourselves to central London Bridges, then we get a more familiar winner. The iconic Tower Bridge is the champion at 65m.

The good thing about Tower Bridge is that can actually climb the structure and walk between the two towers on the high-level walkways. And when you get there, you'll find a glass floor that lets you see down to the traffic and people on the bridge. Find out more in our article about climbing Tower Bridge.

The newest bridge in London

There are actually two contenders for this prize. Both are very central, both are footbridges and both were completed in 2002. 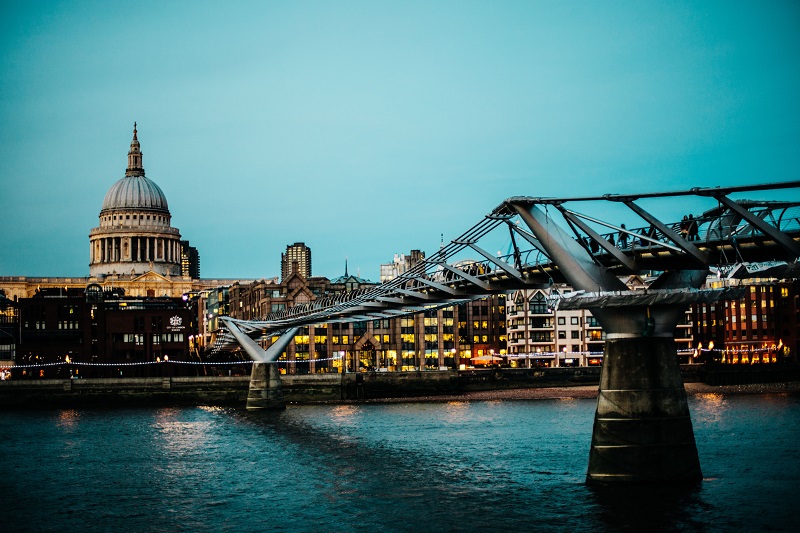 Photo by Anthony DELANOIX on Unsplash

The Millennium Bridge is a steel suspension structure spanning the Thames between Bankside (the Tate Modern) and the City of London. Somehow the city planner managed to create stunning pedestrian boulevard with views all the way up to St Paul's Cathedral.

The Millennium Bridge had a rather wobbly start. It was opened for a single day in June 2000, but pedestrians reported a feeling of seasickness as the bridge swayed alarmingly as they walked across. The box below for why this happened.

After some experimental engineering, the bridge reopened in February 2002, and has been largely wobble-free since then.

Why did the Millennium Bridge wobble?

Scientist from Imperial College and Southampton University conducted tests and realised that the bridge was subject to lateral (side-to-side) vibrations. When people walked over the bridge, they tended to sway in step with the bridge swaying, and this tended to increase the size of the bridge swap, creating a feedback loop.

On the opening day of the bridge, up to 2,000 people were on the bridge at once, and the sway grew to about 7cm. No wonder people felt queasy!

The solution was to add 37 viscous fluid dampers to the underside of the bridge, which had the effect of stopping the vibrational energy building up. The same thing happens in a car when it goes over a bump - the dampers stop the car continuing to bounce along, which makes for a much more comfortable ride. 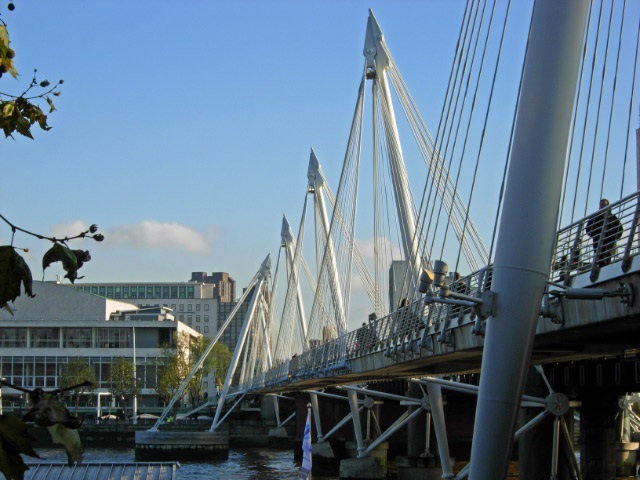 The Golden Jubilee Bridges in London

The Golden Jubilee Bridges are tacked onto either side of the railway bridge crossing the river between Charing Cross and the South Bank.

The bridges were added in the face of significant engineering challenges including the need to keep the railway bridge operational, the closeness of the Bakerloo tube line to the surface (it passes just a few feet under the river bed) and the danger of unexploded, undiscovered World War II bombs hidden in the Thames mud.

Why is Tower Bridge Blue?