When you are having a day out in London, the last thing you want is a phone with a dead battery. It is not just that you won't be able to take photos of your trip and check social media. Most people also rely heavily on their phone to pay for travel, navigate the city and to coordinate with friends or others in the group.

The six methods below are mixture of modern tech and old school, and between them you should be recharged in no time. 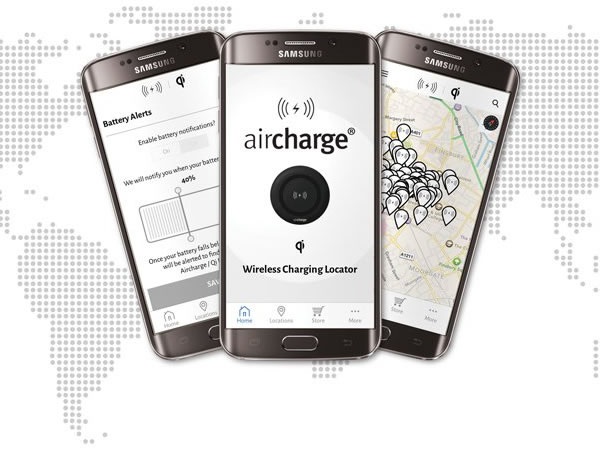 Air Charge is a great little app, available for iPhone, Android and Windows phones, that finds the nearest charging point to you so you can get a quick top up. Charging points are appearing all over major cities, including London, in shops and cafes such are McDonald's, YO! Sushi, Costa Coffee and Virgin Active Health Club.

As the name suggests, Air Charge offers wireless charging, you place your phone on the charging pad with no need for cables. Many modern phones work with this technology; if yours doesn't you can buy a separate wireless charging receiver that connects directly to your phone.

You can set up alerts in the app to warn you if your phone is getting a little low. The app and charging is free but I guess you might have to buy a coffee while waiting! The app also allows you to shop for phone-related products like cases and wireless chargers. 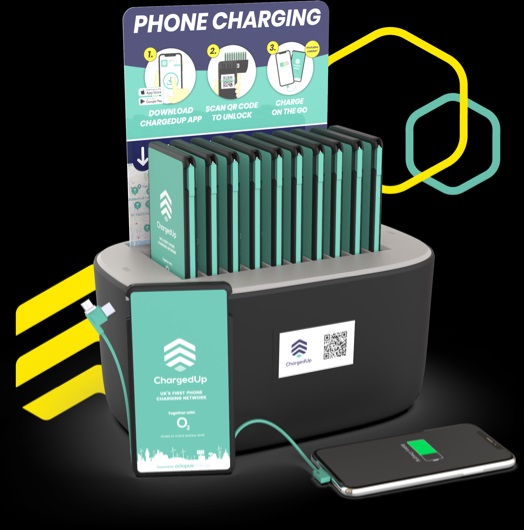 ChargedUp app lets you hire a battery pack, and return to any station

ChargedUp is another app based solution. This time, you use the app to find the nearest charging point, but instead of sitting there for 30 minutes as with Air Charge, you actually hire a powerbank, equipped with all necessary cables. You can then get straight on with whatever you were doing while your phone charges. When finished, you can return the powerbank to any charging point. The service isn't free - you pay £1 per hour for the first 3 hours, then it is free for the rest of the day.

In London, most ChargedUp stations seem to be in pubs or bars.

One disadvantage of ChargedUp is that if your phone is actually dead, you won't be able to get into the app to hire the charger - Catch 22.

It's not very scientific, but the screen shots below show the number of stations in central London, roughly Theatreland.

Both offer quite a few charging points, but I think ChargedUp seems to have the edge at the moment. A rough count shows ChargedUp with 31 stations (the grey icons are closed at the time of the screenshot, the icons with numbers show where there multiple locations close together) while Air Charge has only 11. Of course, both platforms are continually adding to their locations.

Powermat is another app-based wireless solution. As with Air Charge and ChargedUp, you can use the app to see the location of nearby Powermats. Cellphones that are enabled for wireless charging can simply be placed on the mat; if your phone isn't able to do this, there is a ring that can be plugged in the phone. If you are not sure about your phone, Powermat provide a handy list of Wireless Charging Compatible Phones.

Powermat has partnered with Starbucks in London, in the stores below: 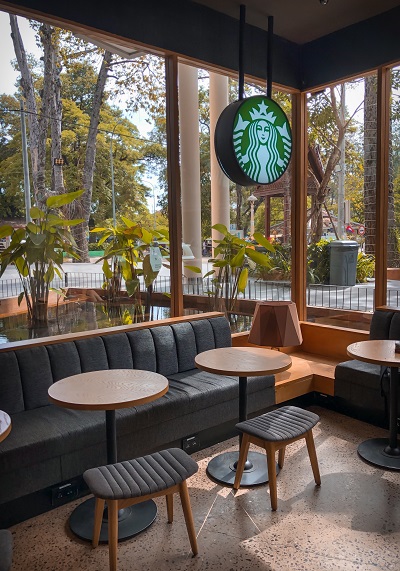 Starbucks - see the socket under each table

If you have a charging cable, and a UK plug, you can generally find electric sockets in most cafes and restaurants. This is especially true of chains such as Pret a Manger and Starbucks as during the week, they are usually full of people working on laptops. Hence a power source is almost as important as the coffee.

If you don't have a charging cable with you, then in an emergency you could buy one. Chargers are widely available from newsagents, for example WH Smith or Rymans. Increasingly major London rail and underground stations have tech shops that will definitely have charging cables, for example Tech Express at London Bridge.

One way of managing poor battery life is to always carry your own extra battery pack. They don't have to be big or heavy. For example the Jonkuu High Capacity External Battery can charge an iPhone X 2.7 times and yet is not much bigger than a credit card.

6. Use your laptop as a charger

You can use a laptop to charge your phone

If you happen to have a charged laptop with you (and a charging cable), then you can charge your phone by plugging into the laptop. Generally, you will need to have the laptop 'awake' for this to work. This means you will have to find somewhere safe to sit while charging, you won't be able to just leave everything plugged together in your backpack. The good thing about this method is that for some reason, it charges your phone very quickly. 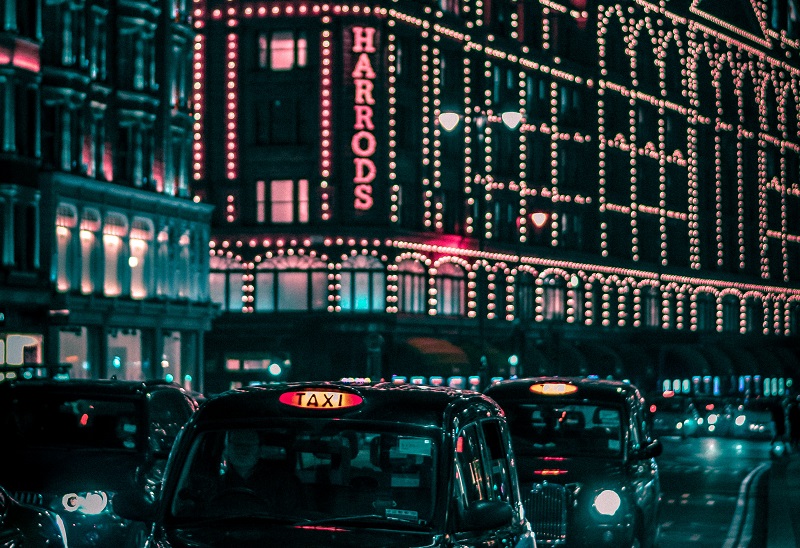 You will be able to charge your phone in any taxi, but make sure you have a USB cable

Ok, this is probably a last resort for most people and situations. If you have a USB charger, then you will definitely be able to charge your phone in a London Taxi. However, this is easily the most expensive option, at around £1 per minute for a typical journey.

What are the Disadvantages of Owning a Car?