Living in Central London as we do, we sometimes hunger for the great outdoors. We are not talking about a trip up the Amazon on a canoe, or a trek into the foothills of the Himalayas. We just want some fresh air, trees, grass, and respite from the built environment. And recently, we came across a wonderful magical hidden woodland right in the centre of Rotherhithe in East London. Actually, hidden is not quite the right word, it is hard to hide a 42-acre park in a city and quite a lot of people had already found it. Perhaps we could say secluded?

We are talking about Russia Dock Woodland, (the main part) and Stave Hill Ecological Park, which together make up a long strip of forest and park area running north-south in the Rotherhithe peninsula.

How to get to Russia Dock Woodland

The entrance at the southern end of the park is next to Onega Road (link to Google map).

The closest stations are Surrey Quays (Overground) and Canada Water (Overground and Jubiliee line). From either station, make your way along Redriff Road, past the Odeon cinema complex and, after a hundred metres or so, the entrance to the park is on your left.

What to see in Russia Dock Woodland

As you might guess from the name, the area used to be part of London's docks. You can still see evidence of the former usage in the stonework that used to form the edge of the quay and the massive rusting chains used to moor ships while they were being unloaded. 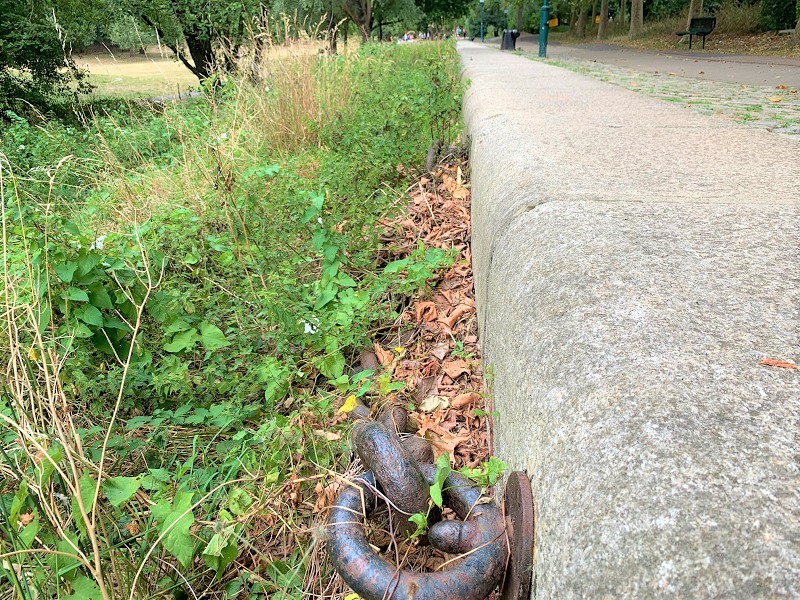 There are lots of other nautical features too, like this large compass on the ground on the main path through the park. 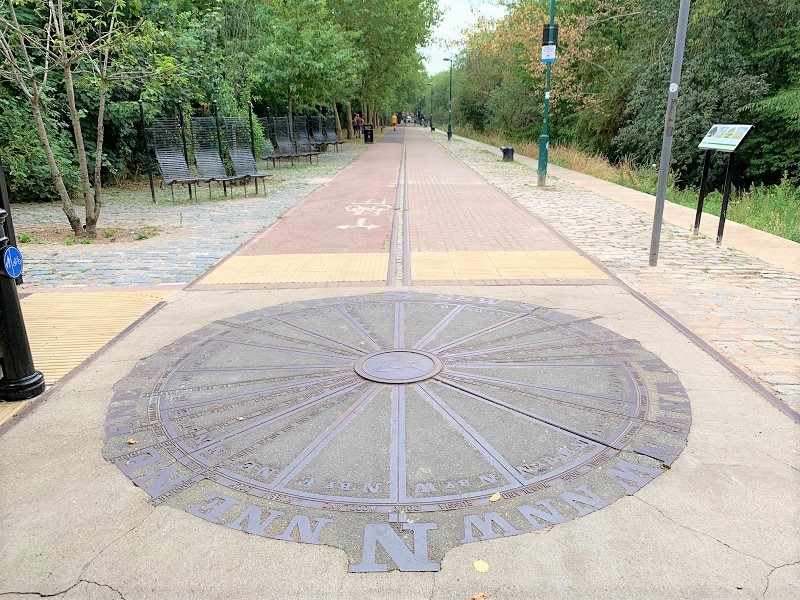 A large compass set in the ground on the main path

You can see interesting features like this carved wooden seat, made from the stump of an old tree. 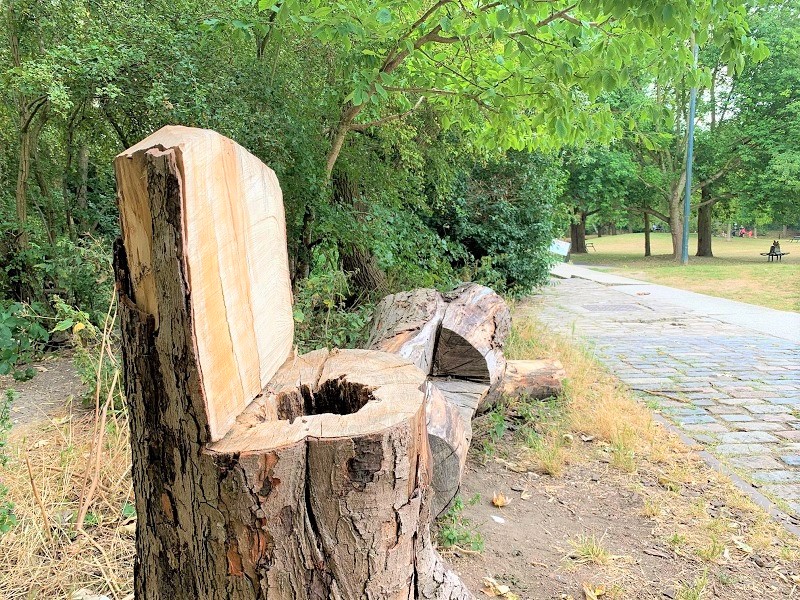 There are interesting features, like this seat carved from the stump of an old tree

There is also a stream running the length of the wood, full of ducks and other waterfowl including herons and kingfishers, and of course lots of reeds, flowers and mud. The kids will love it!

A stream winds through the forest

In the centre of the park is a large grassy area for picnics, games or just walking about, enjoying the scenery. 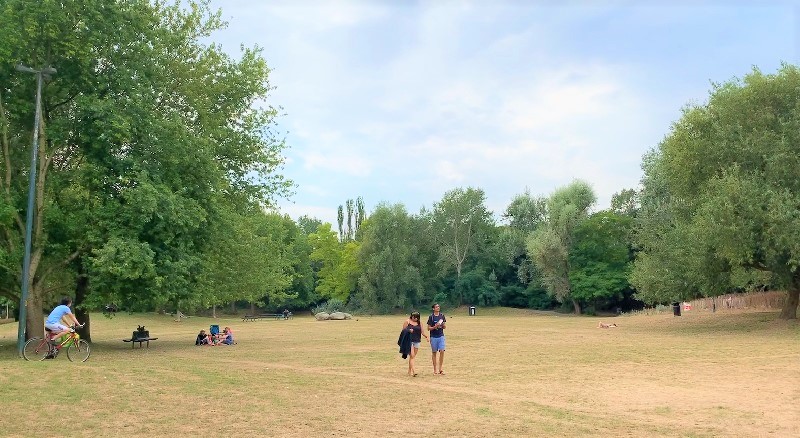 The park in the middle of the woods

Where to get food and drink near Russia Dock Woodland

The park itself doesn't have anywhere that you can get refreshments. However, if you come out of the south entrance, and track back towards the shopping centre at Surrey Quays, you are spoilt for choice.

First you come to Café East, a great little Vietnamese restaurant, although the staff can be a bit brusque.

In the cinema park you can find Pizza Hut and Frankie & Benny's.

If you back to the main Surrey Quays shopping centre, there is a growing array of street food sellers. If you need caffeine, you can't go wrong going to Mousetail Coffee 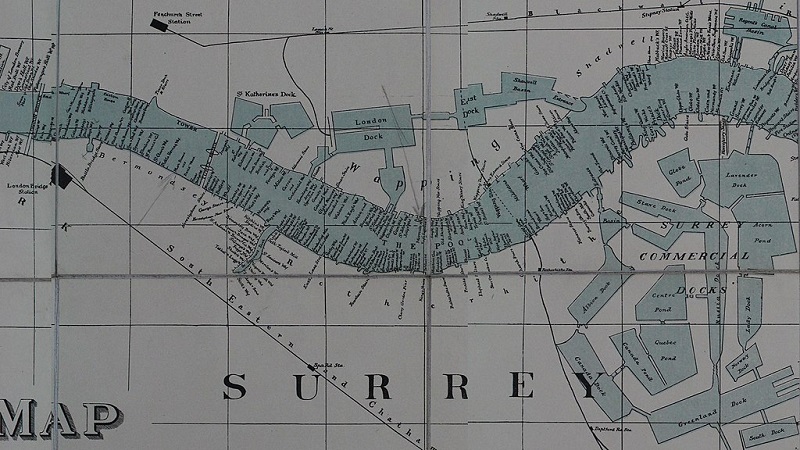 Up to the 1970's, all of the river in this part of London was part of a large dock area called the Pool of London. For centuries, the area was essential to the existence and growth of London as it was the major route for goods coming into the city from abroad.

Russia Dock was so called because it was used for importing timber from Russia, Norway and Sweden. It was mainly softwood used for newsprint and furniture making.

In 1980, Russia Dock, Island Dock and Surrey Basin were filled in and planted with trees by the London Docklands Development Corporation. Later, an artificial hill named Stave Hill Ecological Park was added to the west of the area using rubble and waste materials on the site of the former Stave Dock. This hill is a nature reserve, research area, educational facility, as well as a place of recreation

This Epping Forest Walk is the Perfect Day Hike from London